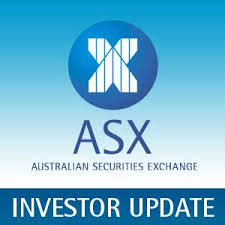 It is interesting and useful to see our current investment experiences in a larger historical context. The relevant historical period for investors is about 250 years.

During that time, there have been four periods of invention and change that have driven rapid economic growth and great movements in capital allocation and investment return. They are:

At the heart of change, economic growth and investment return in all these periods has been invention. The invention of manufacturing machines, chemical processes, steam power and mechanised factory systems drove the First Industrial Revolution.

The railroad and telegraph are perhaps the best-known inventions of the Second Industrial Revolution, but we can add to that water supply, sewage systems, electrification and factory production lines.

After the Second World War came cars, containers, oil, highways, washing machines, refrigerators and televisions, to name just a few inventions that made many investors wealthy.

Now, in the third decade of the 21st century, the internet, transistors, software, mobile devices and new business models built on global connectivity and inexpensive access to customers in all corners of the globe are the most valuable businesses.

The Digital Revolution is represented in the weighting of the technology sector in the US S&P 500 Index. Technology is now the largest sector in the Index, making up 28 per cent.

This is not a short-term trend. The technology sector has been growing its weighting in the Index since the early 2000s and there is no sign of the growth slowing. Investing in technology, the fastest-growing sector of the global economy is clearly important.

An important consideration for technology investors is the stage of growth and development of the businesses they choose to invest in.

All companies, technology-based and others, go through three phases of growth. A new business begins by building a product and developing a customer base. This takes some time and during this period revenue, customer numbers and numbers of employees are generally low.

Successful companies then enter a period of rapid growth that lasts for some time, but eventually slows as competitors and new ways of doing things start to compete more strongly.

Each of these stages corresponds to a risk-return trade-off. In the early stage, the risk of outright failure of the business is high, but the return for those that succeed is also high. Jeff Bezos is one of the richest men in the world today because he was the first investor in his own company, Amazon.

At the other end of the growth “S-curve”, as it is called, business growth slows, and successful companies settle into steady revenue and value growth. Risk now is generally quite low and so, too, are returns.

In the middle phase – rapid growth – investors have access to a level of risk and return that sits somewhere between the early stage and the stage of business maturity.

This high-growth/declining-risk period is an attractive time to invest but gaining access to businesses at this stage of their development is not easy because these businesses are usually private.

Bailador’s experience tells us that a company needs to be at least $100 million in market capitalisation and have a free float of around $50 million to have the liquidity necessary to build the register of high-quality institutional investors required for long-term success on an exchange. These numbers are at least 10 times higher for a company listing in the US.

Investors interested in investing in technology companies in the high-growth/declining-risk period must then look to the private venture capital market.

This is now quite a well-developed market in Australia, but, like the rest of the world, it is not easy to access or exit.

Minimum investment requirements are quite high – often around $250,000 or $500,000 – and once invested, money generally cannot be withdrawn until a large portion of the investments in the fund has been sold. This is typically no earlier than seven to 10 years after the first investment.

Bailador Technology Investments (ASX: BTI) was listed on the ASX to give investors an opportunity to invest in a portfolio of information technology businesses at the high-growth/declining-risk stage.

The fund has 10 investments, so provides good diversification, and investors can invest as much or as little as they wish and have everyday liquidity.

Investors will have their own particular circumstances, needs and interests as they build their investment portfolio. An appropriate balance of dividend- and growth-producing investments is usually important.

Investing in a portfolio of private information technology businesses at the high-growth/declining-risk stage is, for most investors, likely to be a relatively small component of a balanced and fit-for-purpose portfolio.

But an exciting small part it can be. There isn’t much in the investing world to beat the thrill of watching a $25 million local company grow to be a $1 billion global company as SiteMinder, one company in the BTI portfolio, has already done.