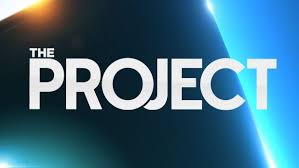 Because of COVID-19, many Kiwis are now back in New Zealand - one of them being Kirk, who captained the All Blacks to the inaugural 1987 Rugby World Cup title.

But that was just one of his many achievements. He gave away rugby at 26 to take up a Rhodes Scholarship at Oxford University, before becoming chief executive of Australiasian media giant Fairfax.

Despite being based in Sydney, Kirk's strong business ties saw him commute between New Zealand and Australia until COVID-19 struck. He's now been in New Zealand for four months.

"I was here for a wedding, the lockdowns came in and I've been here ever since," he told The Project.

As co-founder of Bailador Technology Investments, which invests in growth-stage tech companies, Kiwis are benefiting from face-to-face time with Kirk.

"When you are there you give as much advice and as much help as you can which is actually quite a lot, if I do say so myself, in how to scale and grow tech businesses in particular," Kirk said.

He sees opportunity in New Zealand and he's not alone.

"Immigration and NZTE [New Zealand Trade and Enterprise] are seeing a lot of inbound enquiries to do things here," said Kirk. "That's what we really want - to produce things that we can sell to the world.

But there's a problem - the borders are currently closed except for returning New Zealanders. So, could NZ be missing a valuable opportunity?

"There are good reasons for also having highly talented non-New Zealand citizens or residents - allowing them to come in," Kirk explained. "We need that talent particularly to help grow the economy."

Kirk wonders if New Zealand and Australia should work together more.

"New Zealand and Australia need to think a lot more about how we can attract talent to Australasia because that playing field is a lot more stimulating," he said.

"Being part of a 30 million [people] market is better for attracting people than a five million market."

For now, Kirk's been seduced by his old home and wants to help.

"I'm going to stay for as long as I can.

"I think it's possible that I will end up spending more time here in longer blocks than I have in the past."

Stockhead: ‘SaaS’ companies were an ASX investor favourite. Has the model held strong through COVID-19?