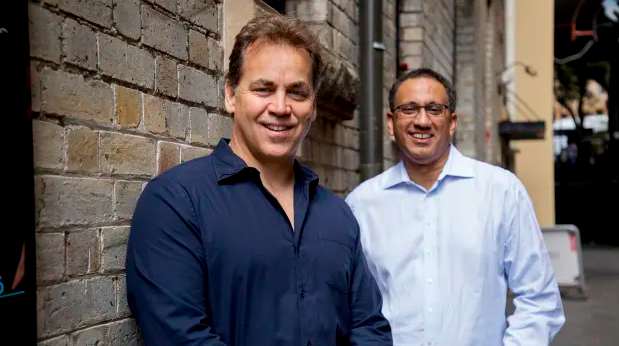 Little-known hotel booking technology platform SiteMinder has ticked off one of the biggest milestones for a high-growth tech company, surpassing $100 million in recurring revenue.

While few people outside travel tech circles know its name, SiteMinder has a reputation as the leading player in its field globally.

The business provides the core technology that has allowed websites such as Agoda and Booking.com to boom, connecting hotels' back-end systems to those of the booking websites so all systems can be updated simultaneously regardless of whether a booking is made via the hotel or a third-party site.

SiteMinder's annual revenue run rate of $100 million is often the threshold for a company to become a unicorn (a $1 billion-plus company), a possibility when it completes its next capital raising.

"There's a few things that have resulted in us not being noticed as much ... in sectors like fintech there's a natural sexiness. Perhaps the broad appeal of online travel tech in the business-to-business sense isn't as hot a topic," he said.

"We're also fairly humble guys and we're a vertical-focused player. But it's important for us to take our place in the local Sydney market because we're an employer developing cutting-edge tech."

The company counts 35,000 hotels as customers across more than 160 countries, with 80 per cent of its revenue coming from offshore. It processes 87 million hotel reservations a year, equating to $38 billion worth of hotel, Airbnb or bed and breakfast stays.

SiteMinder was founded in 2006 by Mr Ford and chief technology officer Mike Rogers, who had worked together at healthcare tech company ICS Global. Mr Ford had been an investor in a backpacker hostel and noticed the many  booking websites and hotel operators were struggling to manage bookings across all of these platforms.

Mr Ford said one of the company's biggest challenges had been ensuring it had the right staff with the right skills at the right time. The company hired former Xero chief financial officer Sankar Narayan as chief executive last November.

"As the business scaled, I was torn between the execution and growth of the company, with the innovation and strategy side," Mr Ford said. "I had been thinking about that when Sankar became available. It's rare to get the right skill set in someone who has been there before and scaled a SaaS business."

Mr Narayan, who now leads the business with Mr Ford, said its next milestones would be to reach 50,000 customers,  $200 million in revenue and 100 million annual reservations.

"We're seeing strong revenue growth rates and our expectation is that in three years we'll double revenue," he said.

SiteMinder has raised about $50 million in capital, with its largest $30 million round coming in 2014, led by Technology Crossover Ventures. Equity Venture Partners' Les Szekely provided seed funding in 2008 and listed fund Bailador Technology Investments is also a backer.

While Mr Ford said the business would look to raise capital again in the next few years, it had cash in the bank and was not in a rush. He said its next raising could be an initial public offering, but the company was not yet ready to commit to that course.

The next chapter for the business involves building out its ecosystem of partners, which include the likes of European budget airline Ryanair. This partnership allows European hotels to sell directly on Ryanair Rooms, which gives hotel guests 10 per cent of the hotel booking price back in flight credits.

It is also building in more business intelligence features to its platform, which will advise hotels on such things as how to price rooms and what booking channels work best in certain markets.

"We're a product company by our DNA and our two biggest investments have been in our go-to-market strategy and research and development, and we continue to double down on that," Mr Ford said.

Instaclustr CTO on open source database as a service