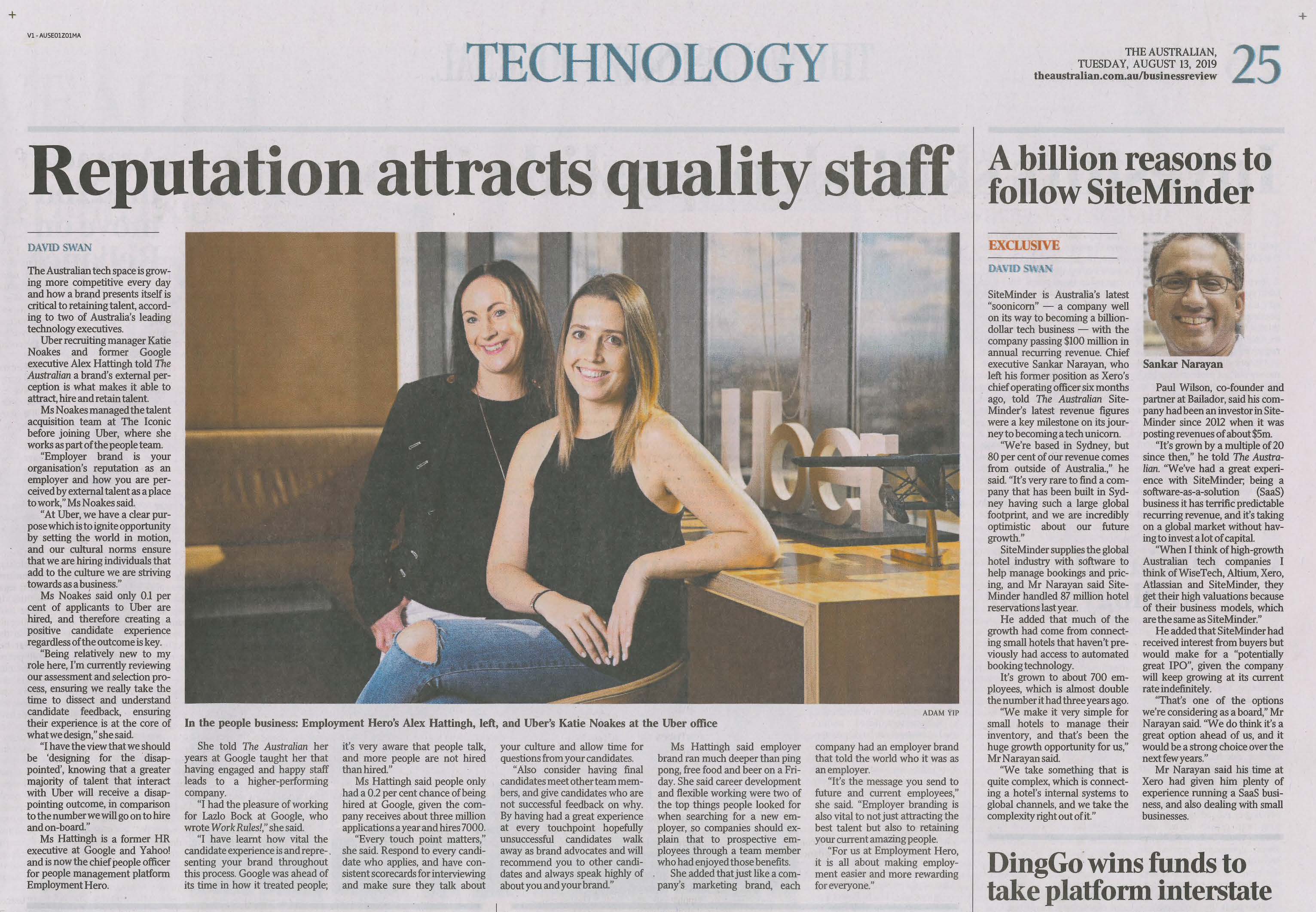 SiteMinder is Australia’s latest “soonicorn” — a company well on its way to becoming a billion-dollar tech business — with the company passing $100 million in annual recurring revenue. Chief executive Sankar Narayan, who left his former ­position as Xero’s chief operating officer six months ago, told The Australian SiteMinder’s latest revenue figures were a key milestone on its journey to becoming a tech unicorn.

“We’re based in Sydney, but 80 per cent of our revenue comes from outside of Australia.,” he said. “It’s very rare to find a company that has been built in Sydney having such a large global footprint, and we are incredibly optimistic about our future growth.”

He added that much of the growth had come from connecting small ­hotels that haven’t previously had access to automated booking technology.

It’s grown to about 700 employees, which is almost double the number it had three years ago.

“We make it very simple for small hotels to manage their ­inventory, and that’s been the huge growth opportunity for us,” Mr Narayan said.

“We take something that is quite complex, which is connecting a hotel’s internal systems to global channels, and we take the complexity right out of it.”

Paul Wilson, co-founder and partner at Bailador, said his company had been an investor in SiteMinder since 2012 when it was posting revenues of about $5m.

“It’s grown by a multiple of 20 since then,” he told The Australian. “We’ve had a great experience with SiteMinder; being a software-as-a-solution (SaaS) business it has terrific predictable recurring revenue, and it’s taking on a global market without having to invest a lot of capital.

“When I think of high-growth Australian tech companies I think of WiseTech, Altium, Xero, Atlassian and SiteMinder, they get their high valuations because of their business models, which are the same as SiteMinder.”

He added that SiteMinder had received interest from buyers but would make for a “potentially great IPO”, given the company will keep growing at its current rate indefinitely.

“That’s one of the options we’re considering as a board,” Mr Narayan said. “We do think it’s a great option ahead of us, and it would be a strong choice over the next few years.”

Mr Narayan said his time at Xero had given him plenty of ­experience running a SaaS business, and also dealing with small businesses.

Bailador included in The Australian’s 50 investment ideas for 2020