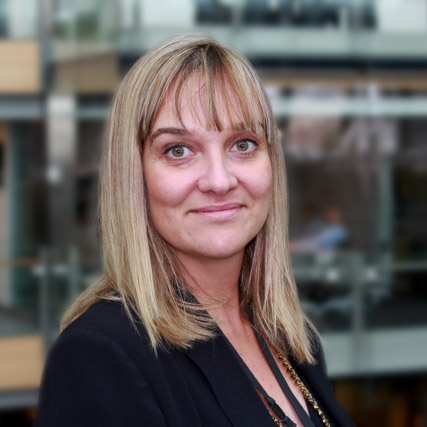 How To Empower More Women To Be Leaders In Business

Inga Latham, Chief Product Officer at SiteMinder, talks about how we can empower women to become leaders in business.

When we empower women as leaders and decision-makers, everyone benefits, and yet for many organisations, having influential women within the workplace remains merely an obligation or the ‘moral’ thing to do.

Since entering the world of product in the early 2000s, I’ve seen a growing recognition of the importance of having greater diversity, including more women, in positions of true influence. However, while there are now more voices pushing for the industry to evolve, having advocates doesn’t automatically bust the stereotypes and create an environment that allows candidates to thrive once they’ve arrived.

What’s crucial is for women in senior positions to lay the foundations – through their everyday interactions – and, in doing so, allow the next generation of female stars to blossom.

Authenticity is so important, as it automatically gives other women the permission to follow suit. I don’t hide the fact that I am a wife, mum, daughter, sister and friend, and that those roles and their responsibilities are things that I factor into my working day.

Surprisingly for me, having a woman who is open to discussing her life outside of work, including the ups and downs of managing a toddler, has broken down an emotional barrier within the office and allowed everyone to feel more at ease. I’ve seen greater transparency from both men and women when I express my own vulnerability, which naturally boosts the level of trust in the group.

The net result for businesses is the positive impact on staff retention and efficiency, as when leaders falsify their emotions or close off by ignoring their inability to face a challenge, problems can fester.

A voice to advocate and a path to walk

I still see many capable women hold back their opinions in a group setting so as not to seem too assertive, whereas many of their male colleagues jump in with confidence. In these situations I try to ensure that I speak up for them, so that they feel integral to the success of the group.

By highlighting the importance of these women within our business, I can help carve out a visible trajectory, and they feel more valued.

Without someone to speak to the specific issues that women face in a male-dominated environment, it’s easy for them to falter in their progression, or become isolated.

This is particularly true for working mums. In the recently released National Working Families Report, two thirds reported feeling too emotionally or physically drained to contribute to their family when they got home from work – indicating that workplaces are struggling to respond to the challenges that working parents of both genders face.

When we are surrounded by people who think like us, we naturally begin to share the same sorts of ideas and confirm each other’s biases, which is counterintuitive in an industry that thrives on innovation.

I see better, more creative work done when there is a greater diversity of voices in the room, and this stretches beyond gender differentiation.

With tech talent in increasingly-high demand, the importance of women within our industry is only set to increase in coming years. We want women opting in and also staying in. The top-down initiatives will take care of themselves and remain vital in raising awareness, however by being active mentors and open leaders, senior women within companies are critical in creating a positive environment from the ground up.