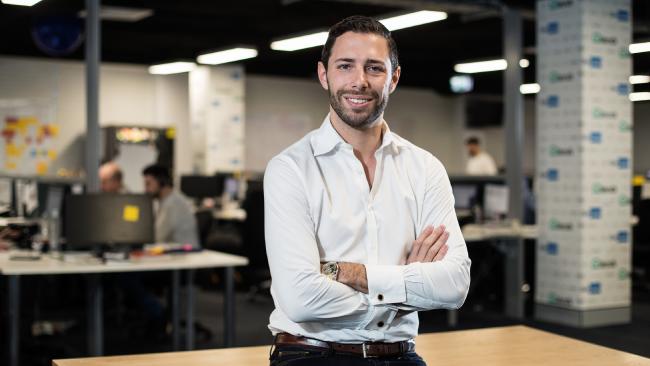 Lendi in the AFR: The disrupters cutting the big four’s lunch

Beneath the civilised veneer of the banking system, a war is being waged. Not between the big four incumbents, but between them and the upstarts who are chipping away at the market they have held captive for so long.

If you want to know what an aggrieved bank customer looks like, look no further than Stewart Koziora.

The hospitality entrepreneur and property developer has just had all of his accounts closed by NAB after daring to move a multimillion-debt facility to a competitor that offered a better rate.

“It was a nightmare,” he said. “Just pig-headed behaviour, I am shocked at how they treated me.”

Mr Koziora employs over 100 people and his business interests, which include popular Melbourne CBD bar Fathers Office, turn over $20 million a year.

After a 25-year relationship with the bank he shopped around for a better rate and found one with competitor Judo. Retribution was swift.

Mr Koziora received an email from his business banker at NAB who told him they would sever ties immediately.

“Our business model is not built of split banking,” the email read. “We have made enquires (sic) to other segments in NAB and there is no capacity for a transfer of the accounts especially given the account conduct over the years and the limited appetite to the industry.”

Beneath the civilised veneer of Australia’s banking system, a war is being waged. Not between the big four incumbents, who have dominated the landscape for so long, but between them and the upstarts who are chipping away at the market they have held captive for so long.

Judo is an example. Founded by former NAB bankers Joseph Healy and David Hornery, Judo pitches itself as an expert in small to medium enterprises (SME).

In addition to co-founder, Mr Healy has also played the role of chief troublemaker for his former employer, saying the banks “have forgotten how to bank small business.”

NAB declined the opportunity to comment on Mr Koziora's complaint specifically but said it remained committed to supporting Australian business.

"NAB is focused on safe growth that supports the Australian economy – we look at a range of factors when considering business partners including future business plans, overall risk and past financial performance," a bank spokeswoman said.

That’s cold comfort to Mr Koziora, however, who was forced to scramble to ensure the wheels didn’t fall off as the bank decided it wasn’t interested in banking him anymore.

“I’m a chartered accountant, God help anyone who didn’t have that experience, I had to reopen all my accounts with another bank and it took weeks.”

“They are supposed to be a SME bank and say they understand business but only when it suits them. I’ve heard nothing from them, they’ve chewed me up, and spat me out after a quarter of century.”

The ill feeling between NAB or Judo is particularly strong because Judo is going after NAB’s core market of small-to-medium enterprises.

Judo isn’t NAB’s only competitor in the SME market. Its lunch is also being cut by Prospa, Ondeck, Moula, Get Capital or any of the other players who have sprung up in the last few years.

Unburdened by bank legacy systems that have been cobbled together, patched up or repaired – these companies have started with a clean sheet of paper, and built systems and processes from the ground up.

Retail banking is no different.

Attracted by the billions in profits made by the big four, the small group of challenger brands have multiplied as they seek to carve out a small percentage of the spoils.

Take home loan specialist Athena. The non-bank lender was established in 2017 and in February 2019 it wrote its first loan. It’s on target to write a billion dollars in residential home loans by Australia Day.

As co-founder and CEO Nathan Walsh explained the platform was developed for the customer with a flexible funding model baked in.

It sources funding from residential mortgage backed securities warehoused with three of the four major banks. Alongside it’s no-fuss back-end is a compelling and competitive proposition that customers get behind.

“Athena is the only player in the market to have an automatic match guarantee; we promise we’ll never charge existing customers more than new customers on a like for like loan,” Mr Walsh says.

Athena has no fees or charges. It may offer fixed rate loans in the future but right now it has just four variable rate loans: principal and interest and interest only for owner occupiers and investors.

It charges 2.84 per cent for owner-occupiers paying principal and interest. The comparison rate is 2.8 per cent.

“We have a loyalty bonus where the rate actually goes down by a basis point for every year a customer is with us,” Mr Walsh said.

The promise to never charge an existing customer more than a new one is comforting when we understand the gap between the two (known as the front book back book discount) can be half a percentage point or more.

Mortgage origination is another front where the bank are being challenged. With more than half of all home-loan customers coming from mortgage brokers - and each settled loan from a broker costing the bank thousands - the online home loan comparison platform has added to the pressure.

Lendi was established in 2013 with the aim of presenting prospective home loan customers all the options available to them in a single place at a time convenient to them. It has agreements with 35 lenders including ANZ, Commonwealth Bank, NAB and Westpac.

As of December, Lendi had settled $10 billion worth of loans. Co-founder and managing director David Hyman said the dominance of the big banks was what drew him and his colleagues to the sector.

"When we were looking at setting up we looked at whether we should offer loans, ultimately we decided not to, but we still are addressing the same problem. We have the four most profitable banks with the widest NIMS in the world," Mr Hyman said.

Banks have come to rely on the broker channel with around 60 per cent of mortgages coming from brokers and the remaining 40 per cent of customers going directly to the bank. Lendi's client base is almost exactly inverted.

"When we look at the sorts of customers coming to us, we are taking more customers from banks than from other channels. We are taking market share that had never gone to a broker before,” Mr Hyman said.

In the future, some customers may never even visit a bank branch.

In July 2019 digital banking upstart 86 400 was granted an authorised deposit-taking licence. It began offering transaction accounts in September and has just sailed through $100 million in deposits.

"We hope to be among the ten biggest banks in Australia by the end of the decade," Mr Tyler said.

The upstart 86 400 is backed by a payments company that provides services to credit unions, building societies and smaller banks known as Cuscal.

It aims to give customers more visibility and control over their finances along with better rates. Mr Tyler - a former Westpac employee - says the bank is targeting customers aged between 25 and 45.

"We have a laser like focus on the big four. That’s who we are looking at taking share from because they have 80 per cent of the market," Mr Tyler said.

More than two thirds of 86 400's customers have multiple providers and the typical customer had at least five accounts according to Mr Tyler. 86 400 customers are alerted to regular upcoming payments and can monitor accounts held with other institutions all in the one place.

"We are not asking people to switch banks, we are just asking them to try us."