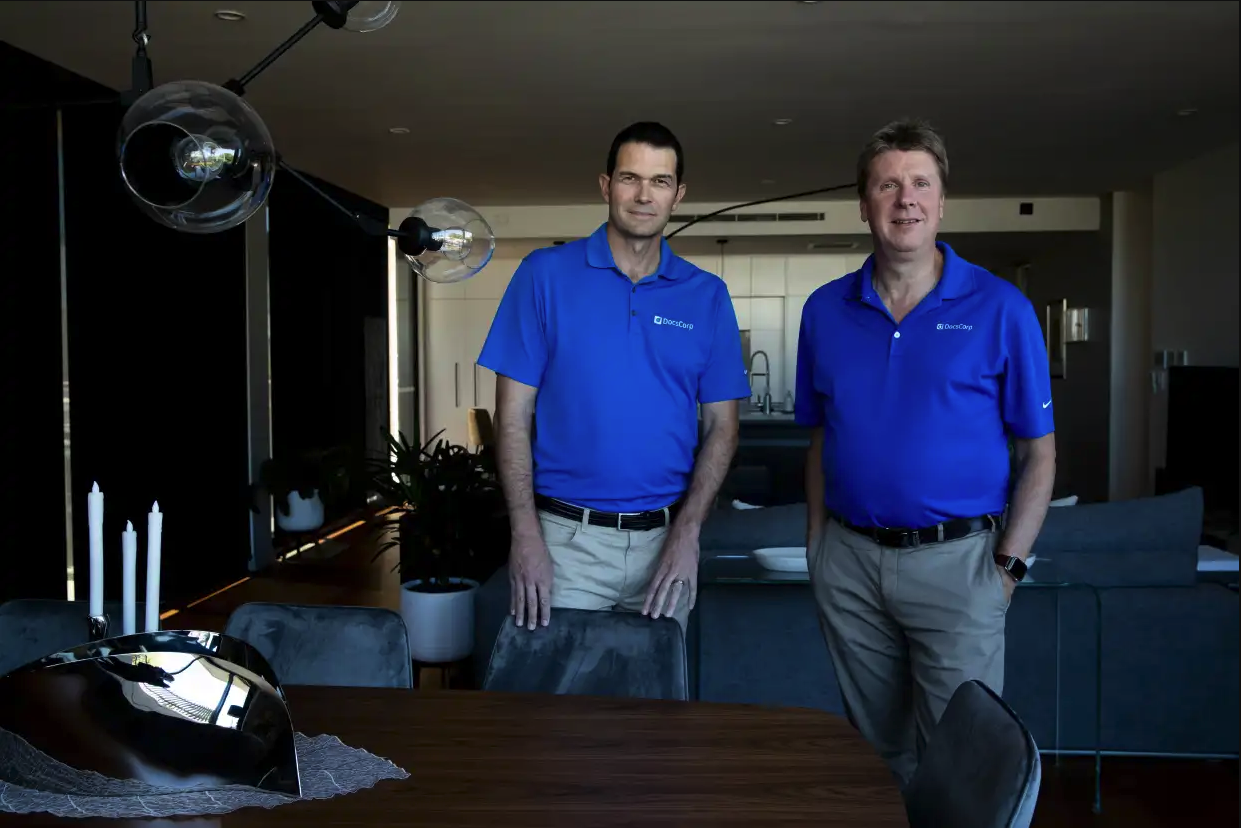 An obscure Sydney-based maker of document management software popular with lawyers and accountants has been sold for $102 million.

DocsCorp, founded by Dean Sappey and Shane Barnett in 2003, was bought by Litera, a Chicago-based legal technology company.

The payday comes five years after DocsCorp received its first external funding, when ASX-listed Bailador Technology Investments (BTI) invested $5 million for a 16.7 per cent stake in the business.

The exit delivered BTI a 30 per cent internal rate of return on DocsCorp, or a 3.4 times multiple on its investment cost.

Together with Barnett, Sappey then created a software suite which today can do everything from document comparison for lawyers comparing contract changes, to a ‘ContentCrawler’ tool which converts image scans into text-searchable PDFs.

DocsCorp software now has 500,000 individual users in 70 countries, including two-thirds of Europe’s top 20 law firms. It has offered cloud-based access since 2015, but Sappey said most customers still preferred the original desktop version, run on on-premises servers.

It employs 100 people across an office in Sydney, where the product engineering is based, and sales offices in London and Pittsburgh.

Sappey took the punt to open the overseas offices in 2005, a cash flow-challenging investment for a then bootstrapped business.

“But we had to do it. The Australian market was just too small to deliver the growth we were after,” he said.

More than 80 per cent of DocsCorp’s revenue is now sourced outside Australia.

The company made sales of $17.4 million in 2018-19, its last accounts lodged with the corporate regulator, for a $1.8 million after-tax profit.

With Bailador’s investment having allowed it to significantly grow its sales staff, and introduce a recurring revenue model, Sappey said DocsCorp’s 2020-21 revenue would be close to $23 million.

Sappey and Barnett each owned about 30 per cent of DocsCorp going into the sale to Litera, with senior staff owning the balance not owned by BTI.

The two founders have committed to remaining with the business for “a few months” to help bed down the transition.

Bailador partner James Johnstone said DocsCorp’s acquisition by Litera, in a contested bidding process, showed that an initial public offering was not the only liquidity option available for tech founders.

At 56, Sappey said he would not “start from scratch” at another start-up, but would mentor younger founders.

“It helps to know the right people to talk to, but the main thing is just to get in and build your product, find the customers it helps, and not expect to pay yourself much for a few years.”