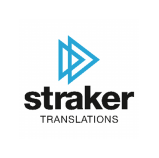 Straker Translations has developed a system known as the RAY technology tranlsation platform, which learns on the job and is used by more than 10,000 small and medium-sized clients in over 20 countries for translation services.

The company was already backed by Bailador in an erlier $NZ6 million round in 2015, and company founder and chief executive Grant Straker told The Australia Financial Review the fresh funding would be used to acquire reival translation firms that had fallen behind the tech curve. Mr Straker said the company was targeting a listing on the ASX next year to raise further capital for acquisitions.